A rentable paddling package includes canoes, approriate paddles, spraydecks, buoyancy aids and an water emptying device (bailer or sponge). This equipment is always included in the rental and is stated in our rental price list as basic equipment. In addition to basic equipment come helmets if needed and for the tour package waterproof barrels or/and sacks. These are stated as touring/whitewater equipment in the price list. Also if a kayak has separate storage hatches, it is a sea kayak and the price is stated as such.

In total we have 22 two person canoes for rent. So if needed we can get even a large group on water all at once. In addition to these we have big canoes. The canoes can be found from our Kaupinoja rental shop in Tampere. For an additional cost we can transport the canoes elsewhere.

Glassfibre construction C2 Miilu/Teno -canoes (16,5′) are stable and go well for lake and river paddling for even the beginner paddler (9 of these).

Arctic 16 (polyethylene) are real allrounders for lake and river paddling (10 of these, from which 3 improved model Tylliläs).

Pyranha Traveller 16 Royalite is very lightweight (25 kg) because of it´s layerstructure and is good for solo paddling and for routes on which you have to carry the canoe. The Pyranha isn’t for rapids though (1 of these).

Big canoe C6 Teno 2000, fiberglass, for lake and river paddling for 6 persons (4 of these) 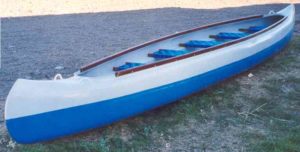 Big canoe C8, fiberglass, for lake paddling for 8 persons (1 of these)

Prijon 15′ polyethylene canoe, in which there is a middle seat for the family young ones (1 of these) (no picture).

Pioneer AC Canoe -whitewater canoe is good for the experienced for whitewater use (1 of these) (no picture).

We have both triple and double kayaks, sea kayaks, river touring kayak, whitewater kayaks freestyle kayaks and racing kayaks for rent. The kayaks can be found from our Kaupinoja rental shop in Tampere. For an additional cost we can transport the canoes elsewhere. 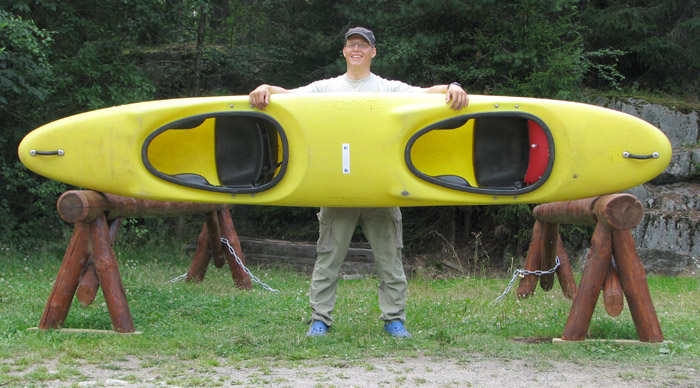 Star 630, sea and lake touring kayak, with rudder and storages (no picture)

Ekku, lake touring kayak, with one storage hatch and rudder (no picture) 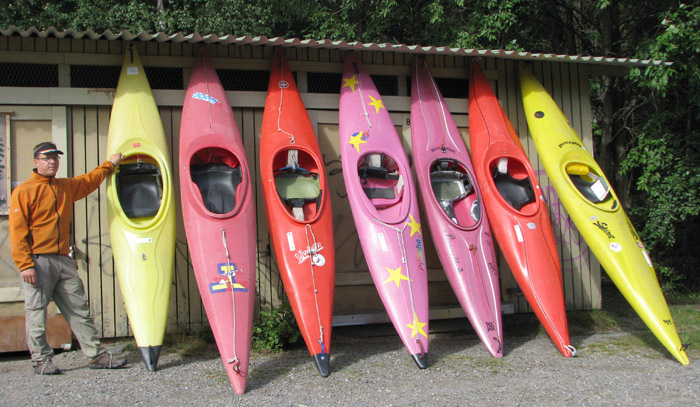 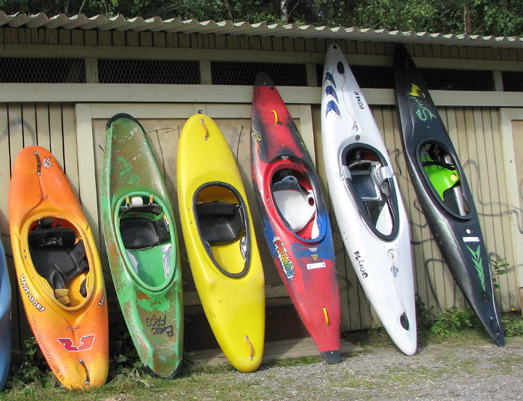 We have in total 22 hard plastic SUP-boards. Included in the rent always a PFD and a paddle. 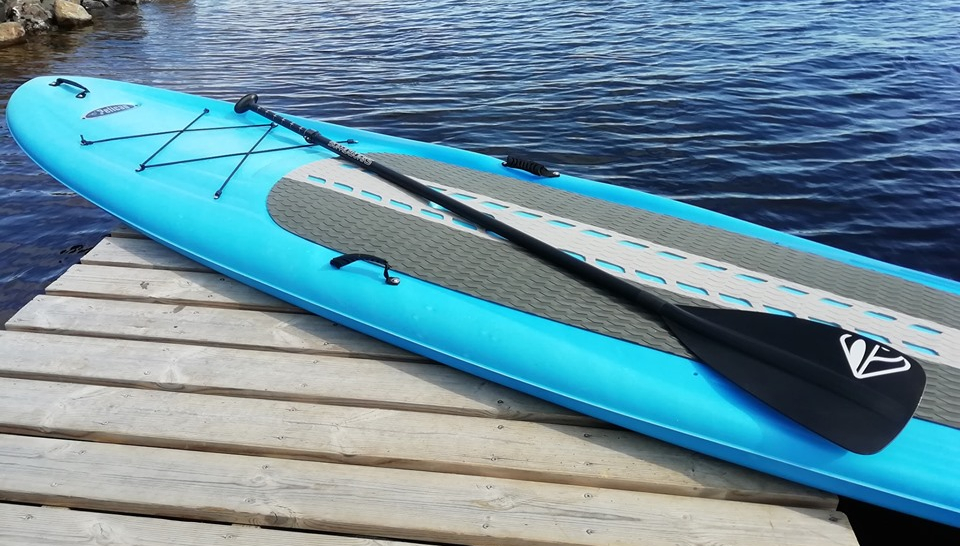 For rent we have 35 good quality Tuplapotku (33) and Esla (2) kick bikes. With the bikes you can move around town as well go and make tour on outdoor trails. The kickbikes can be found from our Kaupinoja rental shop in Tampere. For an additional cost we can transport the kickbikes elsewhere. 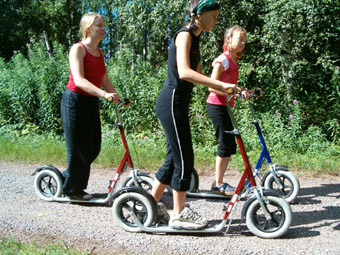 We have 2 Nishiki Durango fatbikes for rent. The other is size S and the other size L. Rental always includes a helmet and if needed also a lock chain. 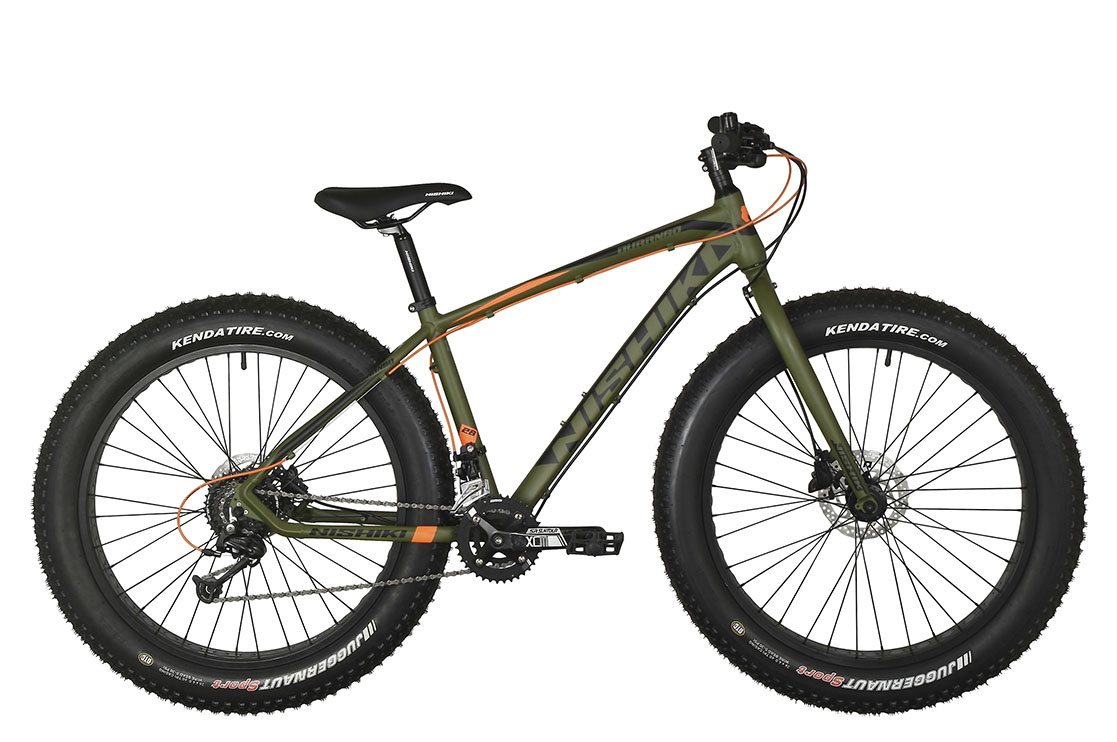 We also rent other special touring and camping equipment.

You can find e.g. backpacking stoves, backpacks, tents and axes. 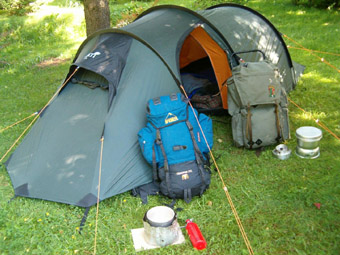 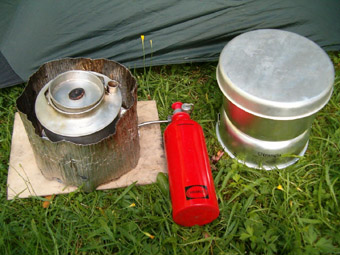